The Berlin photographer Wolfgang Krolow (1950 - 2019) created with his classic black-and-white photographs "works of art that, like all good art, play with synaesthesia, make hidden structures visible, tell stories, reveal psychologies". (Rolf Hosfeld)
This applies to his portraits of children, punks and (later) prominent artists* such as Heiner Müller, Gisèle Freund and Chet Baker as well as to his poetic wall pictures and high-contrast street photographs. Krolow studied sculpture and graphic design before discovering photography.
His photographic work and books were highly esteemed by colleagues - including celebrities - such as Jim Rakete, Max Scheler (Magnum) and above all F.C. Grundlach.

In 1970 Krolow moved to Berlin, where he studied visual communication and photography at the Hochschule der Künste from 1975. At the end of the 70s he made a name for himself in Kreuzberg with his sensitive black-and-white photographs and his first book "Kinder in Kreuzberg" (Children in Kreuzberg). His photo trips took Krolow to less frequently photographed, remote countries and places. But his main point of reference always remained his adopted home Kreuzberg.

He left behind some of the most beautiful and pointed portraits of urban life and the rebellious culture of West Berlin and Kreuzberg in the late 70s and 80s.

Wolfgang Krolow was born on 6 April 1950 in a village in the Palatinate Forest.

In 1968 he set off for the Middle East with India as his destination, abandoning his Abitur (high school diploma) and the German Armed Forces. He travelled to Turkey, Syria, Iraq, Iran and Afghanistan. Without having reached India, he broke off his journey of physical and psychological exhaustion.

1969 Art academy in Mannheim, study of sculpture and free graphic arts with Professor Hans Nagel.
At the same time he began to engage in photography. First travel experiences and last but not least the acquaintance with his fellow photographer Gerhard Vormwald, inspired him lastingly for photography.

In 1970 he moved to Berlin, worked as a plasterer on the building site, as a warehouse worker and in a print shop.

In 1972 he successfully applied to the Hochschule der Künste, but it was not until 1975 that he began studying visual communication with a focus on photography and graphic design with Professor Helmut Lortz.

Since 1977 he has worked as a freelancer for various daily newspapers, magazines and publishing houses (including Suhrkamp and Wagenbach). In the same year he moved from Charlottenburg to Chamissoplatz in Kreuzberg and turned his photographic focus to the new environment.

After completing his studies in 1982, Wolfgang Krolow worked as a freelance photographer in the fields of journalism, portraits of actors and architecture.

In 1979 his first illustrated book 'Kinder in Kreuzberg' was published - together with Erika Runge.

1981 and 1982 followed the volumes 'Instandbesetzer Bilderbuch' and 'Seiltänze. A photo book from Kreuzberg'.

1983 'Klaus Hoffmann. What do I start in this city' and big city jungle.

1984 Photography on my own behalf

His photo books made Wolfgang Krolow better known to the public in the 80s. At the end of the 80s he again undertook various journeys, above all to countries in Eastern Europe that had not yet been photographed in the West. His photos from Albania or Volgograd were published in many daily newspapers and magazines. His main theme and subject, however, remained the life and cityscape of Kreuzberg, including the new state of suspension of the district after the fall of the Berlin Wall.

His photographic works have been shown in several solo and group exhibitions, including a major exhibition in 2010 and subsequent projects at the Browse Gallery.

In 2005 Wolfgang Krolow was struck by a 'lightning strike'. He suffered a stroke and was since then tied to a life in a wheelchair, yet he took an active part in the social and cultural life around his adopted home, Chamissokiez in Kreuzberg. 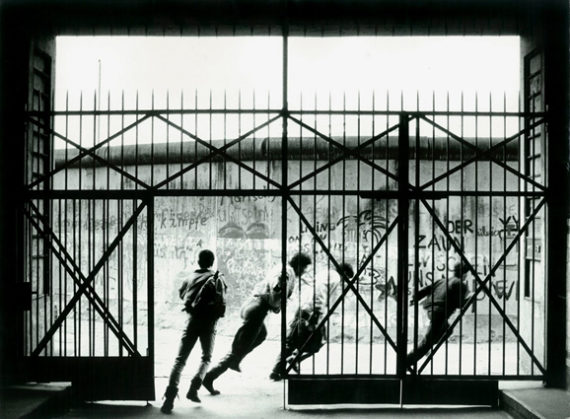 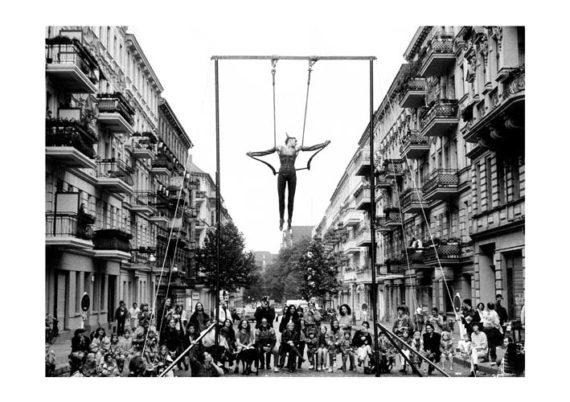 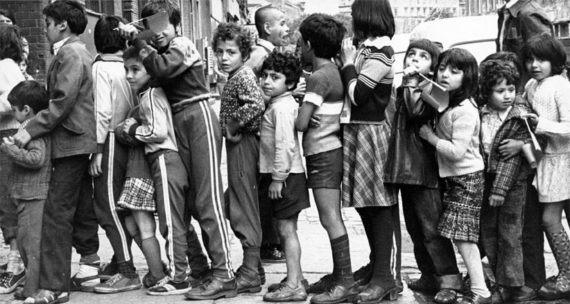