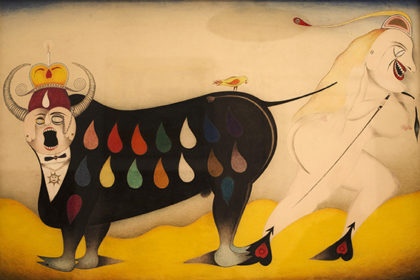 Since the beginning of the 20th century, the area around Fasanenstraße has been a biotope for art and literature in Berlin that is known beyond the city. The cultural mile is home to some of the city’s most prominent galleries, international art dealers and auction houses, the Käthe Kollwitz Museum and the vital Literaturhaus. How fitting that some 50 works by the Berlin painter-poets in the exhibition celebrating their founding 50 years ago are now on display in this tradition-rich setting.

At last, one might say, because Berlin has so far hardly done anything to give the unique group of Berlin painter-poets the public attention they undoubtedly deserve. With various exhibitions in Kreuzberg and outside Berlin, the Browse Gallery has endeavored in recent years not to let the grouping of Berlin painter-poets fall into oblivion. With the anniversary exhibition, the West Berlin Painting Poets now also land in a prominent and traditional location of former West Berlin Knstleben, Fasanenstraße. 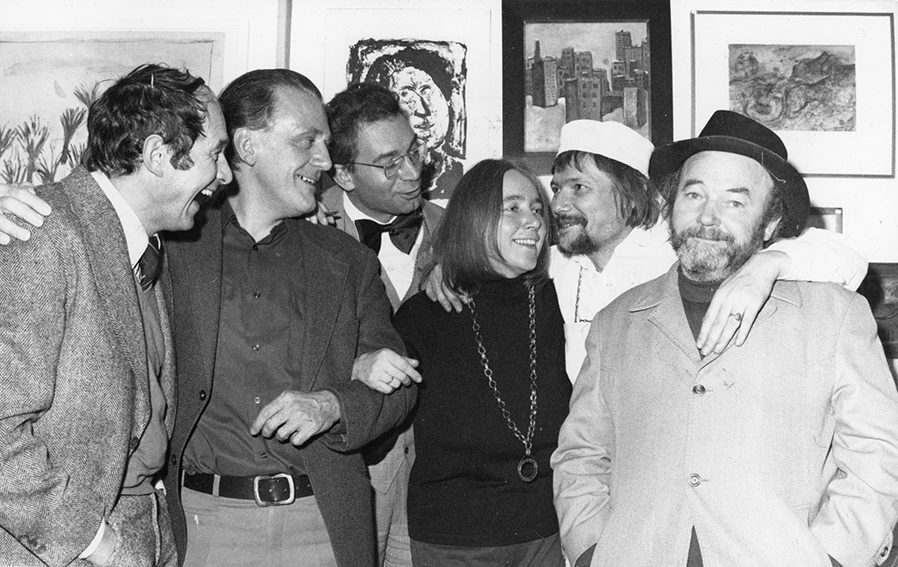 Aldona Gustas, the only woman, was the head, curator and manager of the group. She organized exhibitions in Western Europe and South America in the 80s. She also edited several anthologies of Berlin painter-poets. In 2014, she once again curated an exhibition for the group at Browse Gallery in Kreuzberg. The highlight of her collaboration with Browse Gallery in 2017 was OXYMORA – a joint exhibition of the 14 Berlin Painting Poets with 7 contemporary Lithuanian textile artists at the Leipziger Baumwollspinnerei.

A flowering of West Berlin culture in the post-war period

However, there is no scheme for the interplay of image and word in the work of the individual artists*. “Depending on the subject, background, talent and temperament of the personalities, this double talent found artistically quite different expression, often with a good dose of irony: ‘On Fridays I always paint fish,’ says Hans-Joachim Zeidler.” (Karl Krolow 1974).

Despite all the jokes that the Berlin artists allowed themselves in their works, they shared with many people of their generation the basic perception of an existential crisis of humanism in the second half of the 20th century. Their biographies, artistic creations and subjects are still tangibly marked by the experiences of war and the crimes of National Socialism that destroyed people and culture.

The artistic spectrum of the group is broad and multi-layered. The dominant and pointed black and white of numerous prints and ink works by artists such as Fuchs, Gustas, Meckel, or Zeidler contrasts with the luminous colorfulness of watercolors and oil paintings by Kurt Mühlenhaupt, Robert Wolfgang Schnell, or Artur Märchen, and the fantastically differentiated colored pencil drawings by Friedrich Schröder-Sonnenstern. No less diverse are the literary preferences and text types of the authors: Novels, novellas, short stories and children’s stories, spontaneous poetry and complex experimental poetry.

With her commitment to the interdisciplinary and multi-layered group, Aldona Gustas, a poet from West Berlin with Lithuanian roots, made a nuisance of herself in the established literary and art establishment of the time. And some of the painter-poets’ colleagues also took risks for their artistic expression, which were punished with devaluation or disregard by the professional world and the public. In a time of predominance of abstract art, the figurative work of some painter-poets was considered unfashionable. At the same time, one of their most outstanding artistic personalities, Friedrich Schröder-Sonnenstern, was denigrated by narrow-minded ignoramuses as an “ass painter with sunstroke” at a time when he was considered abroad as one of the greatest artists of the German postwar era. 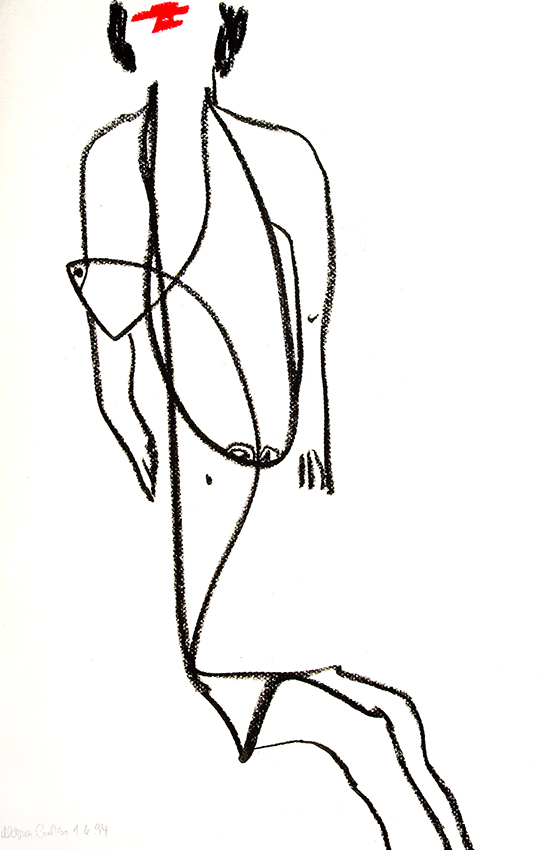 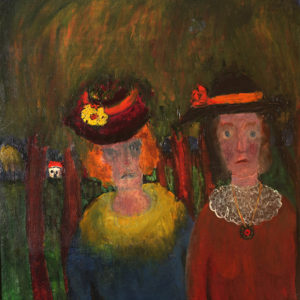 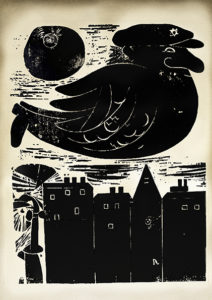 Again and again his pictures were called pornographic. During the “big ruckus” of an exhibition in the Kreuzberg town hall in 1960, his pictures were censored and taken down. His fellow artists Fuchs, Schnell, Mühlenhaupt and others, who were already on friendly terms at the time, also withdrew their pictures from the town hall in protest.

Despite their pronounced individuality and independence, some of the protagonists of the Berlin Painter-Poets, such as Schnell, Fuchs, Märchen, and Mühlenhaupt, also developed and related to each other artistically in their works from the 1970s onward under the influence of the group. This is another reason why the Berlin Painter Poets as a grouping are significant for the development of art and culture in post-war West Berlin and must not be forgotten, emphasizes Jochen Fey, curator of the current exhibition.

Since the preparation for the 10th anniversary exhibition of the Berlin Painter Poets in 1982, Fey has accompanied and promoted the Berlin Painter Poets – as a collector, gallery owner, art dealer and curator. As early as the 1960s, he got to know some of them personally, most notably Friedrich Schröder-Sonnenstern. At that time, Jochen Fey was an employee of the gallery owner Springer, who was considered to be Schröder-Sonnenstern’s discoverer. Fey organized exhibitions and catalogs for the artist and wrote the first text on his working methods.

Thanks to long-standing contacts, the Browse Gallery has now succeeded in winning the art chef, connoisseur and friend of the Berlin painter-poets as curator for the anniversary exhibition. Fey also organized the exhibition venue on Fasanenstrasse. The auction house Nosbüsch & Stucke generously provides rooms for the exhibition – in the neighborhood of the Springer Gallery. This closes a circle and the Berlin painter-poets will hopefully receive the attention they deserve from the art world and the public at this illustrious location.