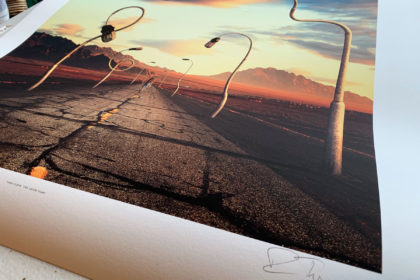 Fresh from the press comes a beautiful fine art print of the cover of Pink Floyd’s recently released Box Set The Later Years, 1987 – 2019. The print was produced by photographer Rupert Truman (StormStudios). On behalf of Pink Floyd’s Creative Director Aubrey Powell he provided the photography for the cover of the box set. Aubrey Powell and Rupert Truman have worked together for many years. They describe their cooperation in the development of this new Hipgnosis cover here.

Pink Floyd -The Later Years project was begun by Pink Floyd Creative Director Aubrey Powell (Hipgnosis), when he was asked to design a box set reflecting on the years 1987 to 2019 and all the work that had been put out during that time by Pink Floyd -both audio and visual. The front cover was an essential ingredient to the project and Aubrey decided to return to the surrealist style of Hipgnosis that had dominated the album covers of Pink Floyd since their inception.

He looked around for a designer to collaborate with and chose the portfolio of Johnson Banks, a London based design studio. Michael Johnson came up with an idea that involved a suited businessman walking through a sunny landscape surrounded by distorted street lamps. Aubrey changed the brief to a young girl instead of a businessman and settled on an evening mood reminiscent of a Martian landscape, with the street lights twisting and turning as the girl walked past them. The influence of psychokinesis or the ability to move objects through the power of the mind was the thinking behind the fresh approach. A reflection on the power that is Pink Floyd. 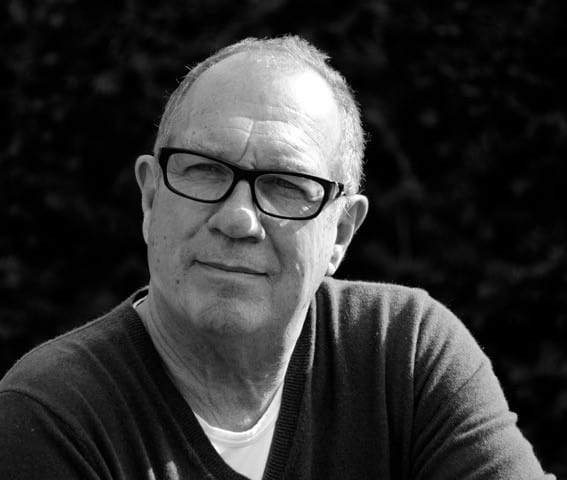 Having decided on an image and received the approval of the band, Aubrey picked photographer Rupert Truman to shoot the various ingredients of the cover. The picture is made up of several different photographs seamlessly joined together. The featured landscape was shot outside the desert town of Amboy in California. The complicated process of post production was completed by Johnson Banks. There were many variations to choose from until Aubrey decided on the final picture. 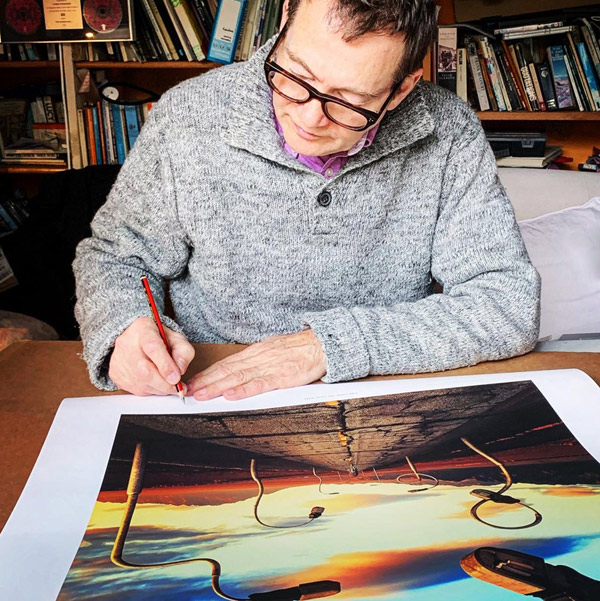 Rupert Truman is a photographer and director of StormStudios. He worked closely with Storm Thorgerson for around 25 years, over which time he realised most of StormStudios output, photographing sleeves for Pink Floyd, Steve Miller, Ian Dury, the Cranberries and Biffy Clyro to name but a few. In recent years he has collaborated regularly with Aubrey Powell (Hipgnosis) on a number of projects. Rupert chose the location near Amboy having come across this spectacular desert scenery on previous photographic trips. The crew stayed in the desert town of Joshua Tree and drove around 200miles a day to get there for dawn and dusk over several days. They were lucky with the weather -it snowed the day they left.

The Pink Floyd : The Later Years box set is available to buy from 13th December 2019.

The Fine Art Print of the Box Set Cover is currently offered in two different sizes (61 x 61 and 112x 112 cm) in a limited edition. The new HIPGNOSIS creation is signed by Rupert Truman. The print is now available in the Browse Gallery Shop.

TOP Do NOT follow this link or you will be banned from the site!
We use cookies to ensure that we give you the best experience on our website. If you continue to use this site we will assume that you are happy with it.OK